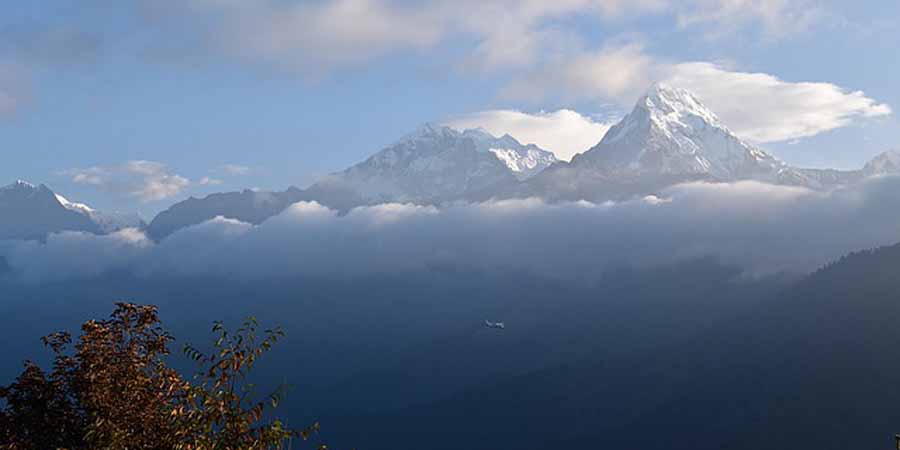 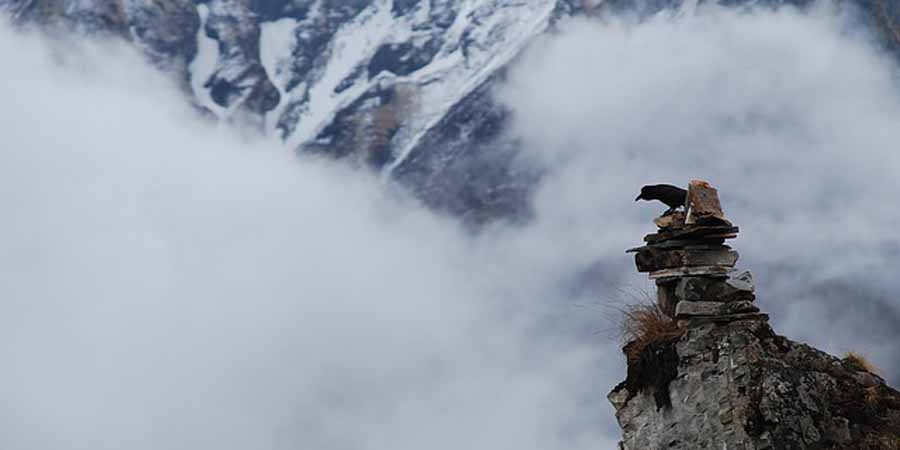 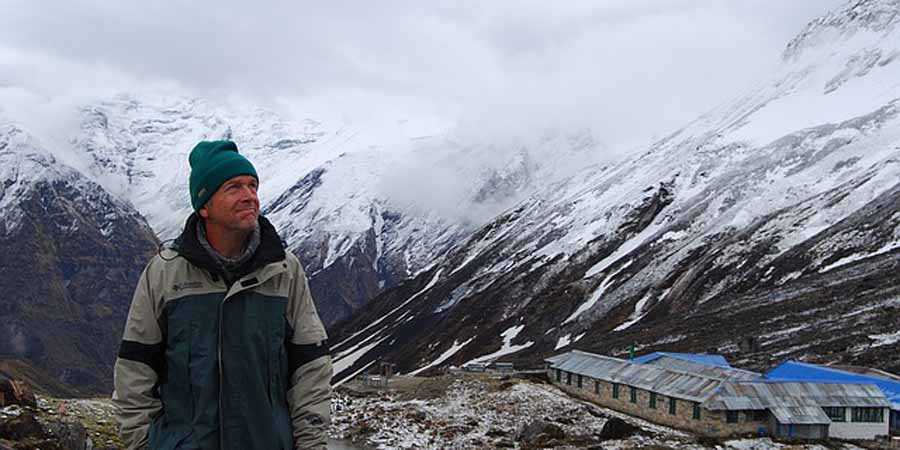 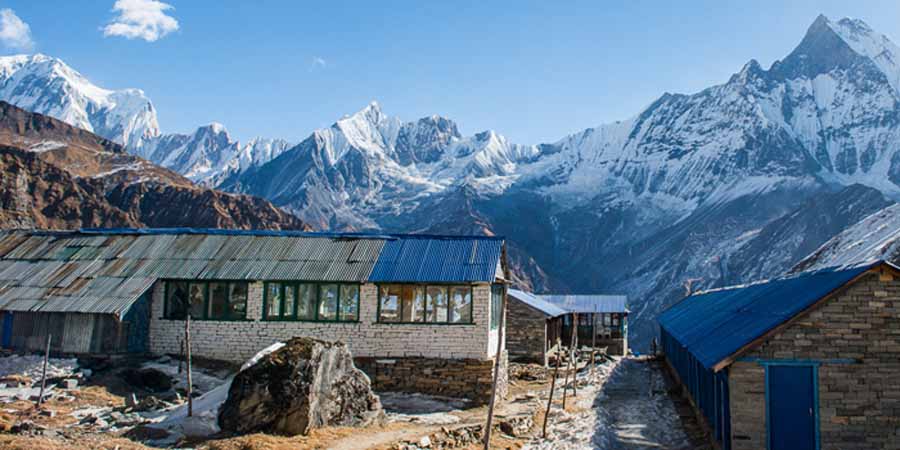 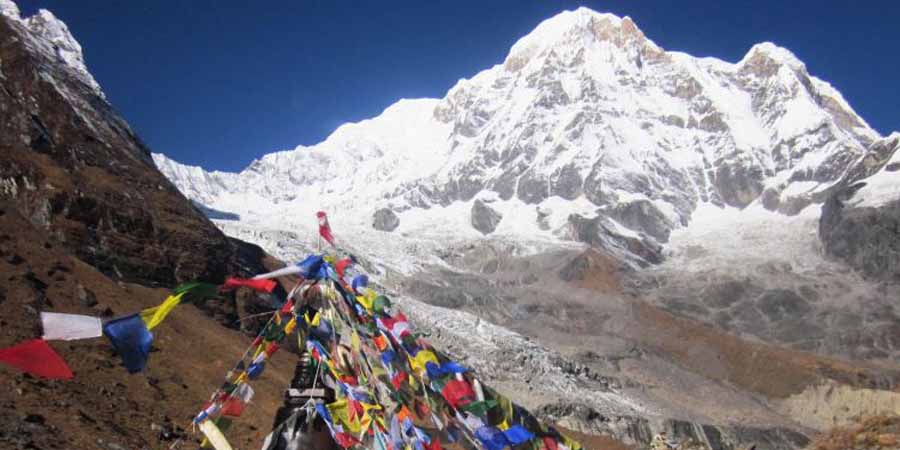 The Annapurna Circuit is considered by many to be the best trek in Nepal. Set in the Northern section of the Annapurna Circuit this trek offers stunning view of the Annapurna mountain range. During the initial stages of the trek you are led through several traditionally Tibetan villages and past the ruined Gaonsahar fortress. You have to be very fit for this trek, as the altitude varies dramatically between 790 metres and 3,360 metres. Most treks start from the village of Dumre, 70 km east of Pokhara on the Prithvi Highway. It can be reached quite easily and has a few basic hotels, though it is better to make an early start from Pokhara than spend the night at Dumre. There is a road to Bote Odar, a three hour walk south of Besi Sahar, which has a police checkpoint, shops and trekkers' lodge. Above the village to the west is the ruined fortress of Gaonsahar (1,370 meters).

Highlights of the Trek

Facts of the Trip

Make sure to have both medical and evacuation insurance before coming to Nepal for Trekking. Insurance for the guide and supporters which we will arrange, Note: - B= Breakfast, L= Lunch, D= dinner Note : The departure schedule can be changed on any unavoidable circumstances such as weather hazards, trail slides, and avalanches.

Day 01 : Drive from Kathmandu to Bahundanda via Besisahar

After morning breakfast in the hotel, the tour starts with the scenic view of beautiful hills, countryside lifestyle driving along the Trishuli River. Overnight at lodge.

Day 02: Trek from Bahundanda to Tal

Today we will be leaving the lush rice paddies and the sub-tropical jungle, as we begin our ascent towards the village of Tal, nestled on a plateau. Tal means lake, but no lake can be found here, just the imprint it has left. At only 1400 meters, the nights are already cooler and the vegetation begins to change. Due to the density of small villages in the area, we will have ample opportunity to meet the Nepalese at work and at play.

Day 03 : Trek from Tal to Bagarchap

While hiking to Bagarchap we will pass the old village and its ruins, which was completely destroyed by a massive landslide less than ten years ago. A series of bridges allow us to cross the roaring Marsyandi River, using the well-trodden paths of the porters and locals. Today’s hike is not for the faint hearted as several sections of the path allow for some rather impressive views down to the river. Bargarchap is the first truly Tibetan style village we will come across with flat, firewood covered roofs, and prayer flags blowing in the wind.

Day 04 : Trek from Bagarchap to Chame

The hiking today is a little rougher than the previous days with quite a bit of up and down, crossing the river several times on good bridges. Reaching the town of Chame, one of the larger settlements of the area will allow us to have a hot shower. Chame is the administrative headquarters for the Manang area and is also known for its healing thermal baths and interesting architecture.

Day 05 : Trek from Chame to Pisang

Today we will have a shorter hiking day ahead of us. The landscape between Chame and Pisang changes notably, and soon we will be walking through sub- alpine terrain which is Alpine interface. The early part of today’s walk will take us through large forests and past the massive, 1500-meter rock face called Paungda Danda. Pisang proper is a cluster of homes with a few nice lodges and plenty of activity in the fields.

Day 07 : Trek from Pisang to Manang

A half-day of walking will get us to Manang. The climate here is very similar to the high Tibetan plateau, with little precipitation and large fluctuations between daytime and nighttime temperatures. The inhabitants of Manang use horses for nearly everything, and the jingling of bells will announce the arrival of a horseman and his stead. Manang has a local airport, and many good bakeries and several internet cafes. We will be staying here for three nights, allowing us to acclimatize properly before taking on Thorang-La. Day hikes will be planned but are not mandatory.

Rest-day in Manang. Explore, relax, do laundry, read. Manang also has a ‘high-altitude’ medical office, which regularly holds lectures on high-altitude illnesses for trekkers and climbers. Watching an English-speaking movie in Manang’s local move theatre can also be a quite ‘surreal’ experience.

Today’s trek will be difficult, as the higher altitude is certainly felt here. Our hotel for the night is located at 4420 meters, roughly 400 meters lower than the highest point of the western Alps! Thorang Phedi will be our last stop before we head over the Thorang-La the following morning. A good sleep will be hard to get with the altitude but the reward for reaching the pass will make up for it.

Our day will begin at sunrise, as we need to set out early to complete the crossing of the Thorang La at 5416 metres. The trail is steep right from the start, but with a slow and steady pace, we should reach the summit within three hours. Prayer flags and hot tea await us as we reach the highest point of our trek. Our descent to Mukthinath is long, but the views out towards the Tibetan border and Dhaulaguiri are simply amazing. Mukthinath is a large, rambling settlement with several hotels to choose from. Hot showers and a good meal will allow for a quick recovery after today’s long and difficult day.

Day 11 : Trek from Muktinath to Marpha

A ‘gentle stroll’ as some guidebooks describe today’s walk. Our destination is Marpha, a lovely village surrounded by apple orchards and the sweet smell of cider. Several great bakeries produce apple strudel and apple cakes, which along with a rest day will be most welcome.

Day 12: Trek from Marpha to Kalopani

We gently make our way downhill to Kalopani, which means ‘black water’. About half way there, we reach Tukuche, which was at one time the most important village in the area. It was a staging area for Tibetan traders bringing goods to barter such as salt and yak hair Alpine Interface – your local expert in the Himalaya. Bilingual, certified guides only. Small groups. Customized trips possible, ask us. products. The views from our hotel are stunning, especially of the mighty Dhaulaguiri which rises to over 8000 meters.

Day 13 : Trek from Kalopani to Tatopani

We begin our hike today with a steep descent to the village of Lete and its flagstone-paved streets before following the Kali Gandaki Gorge and the last remnants of Tibetan influence in the valley. Our trail takes us through the villages of Ghasa and then Dana. Our evening’s accommodation will be in a delightful setting in the large village of Tatopani (meaning hot water in Nepalese).

Day 14: Trek from Tatopani to Chitre

Ghandaki Gorge and towards the Gar Khola River. The scenery changes once again as large terraces appear, signaling the return of rice production. Overnight in Chitre at 2400 metres.

Day 15: Trek from Chitre to Gorepani

Today will be another uphill day. From Chitre we will be climbing many, many steps, until we finally see the blue roofs of Gorepani right above us. Gorepani has a strong Tibetan influence, and you will be able to purchase jewelry almost everywhere. This is a difficult day as the stairs are not evenly spaced and there are many of them.

Day 16: Trek from Gorepani to Ghandrung

A very early start (before sunrise) will allow us to reach the magical view point called Poon Hill. From here, we have unobstructed views of such giants as Dhaulagiri and Annapurna I. After photographs and hot tea, we head back to Gorepani and the trail to Ghandrung which winds through heavily forested areas of large rhododendron trees. Over night in Ghandrung.

Day 17: Trek from Ghandrung to Naya Pool, then drive to Pokhara

Today will be our last day of the Annapurna Circuit Trek, and as on the first day of our trek, rice paddies dominate the landscape. A half-day hike will bring us to Naya Pool, from where we take the local bus back to Pokhara.

Day 18: Drive from Pokhara to Kathmandu

After half day sightseeing in Pokhara including Phewa lake, Barahi, Davis Falls, Gupteshwori we drive 6 hours from Pokhara. Enjoy the scenic countryside and the drive along the Trisuli River.

OUR SERVICES INCLUDE THE FOLLOWING DURING THE TRIP:

OUR SERVICES EXCLUDE THE FOLLOWING DURING THE TRIP:

Price does not include : 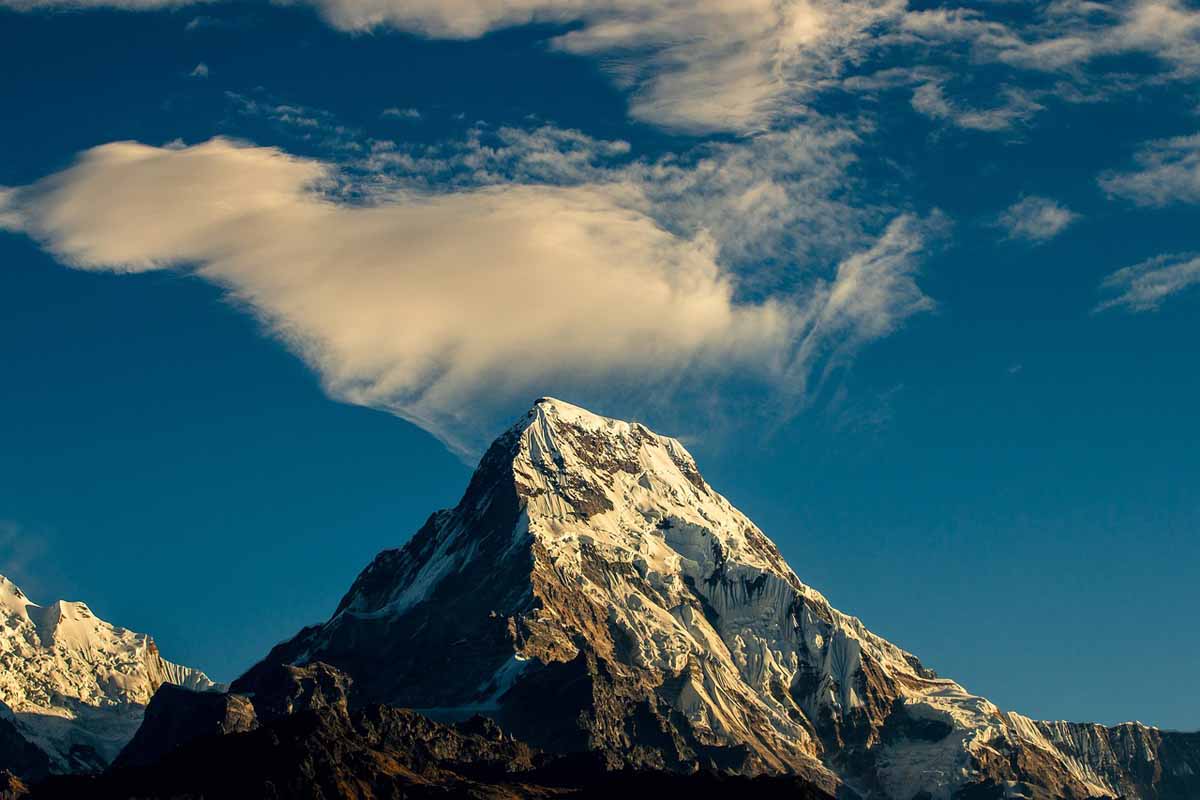 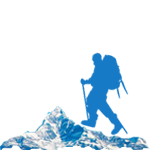